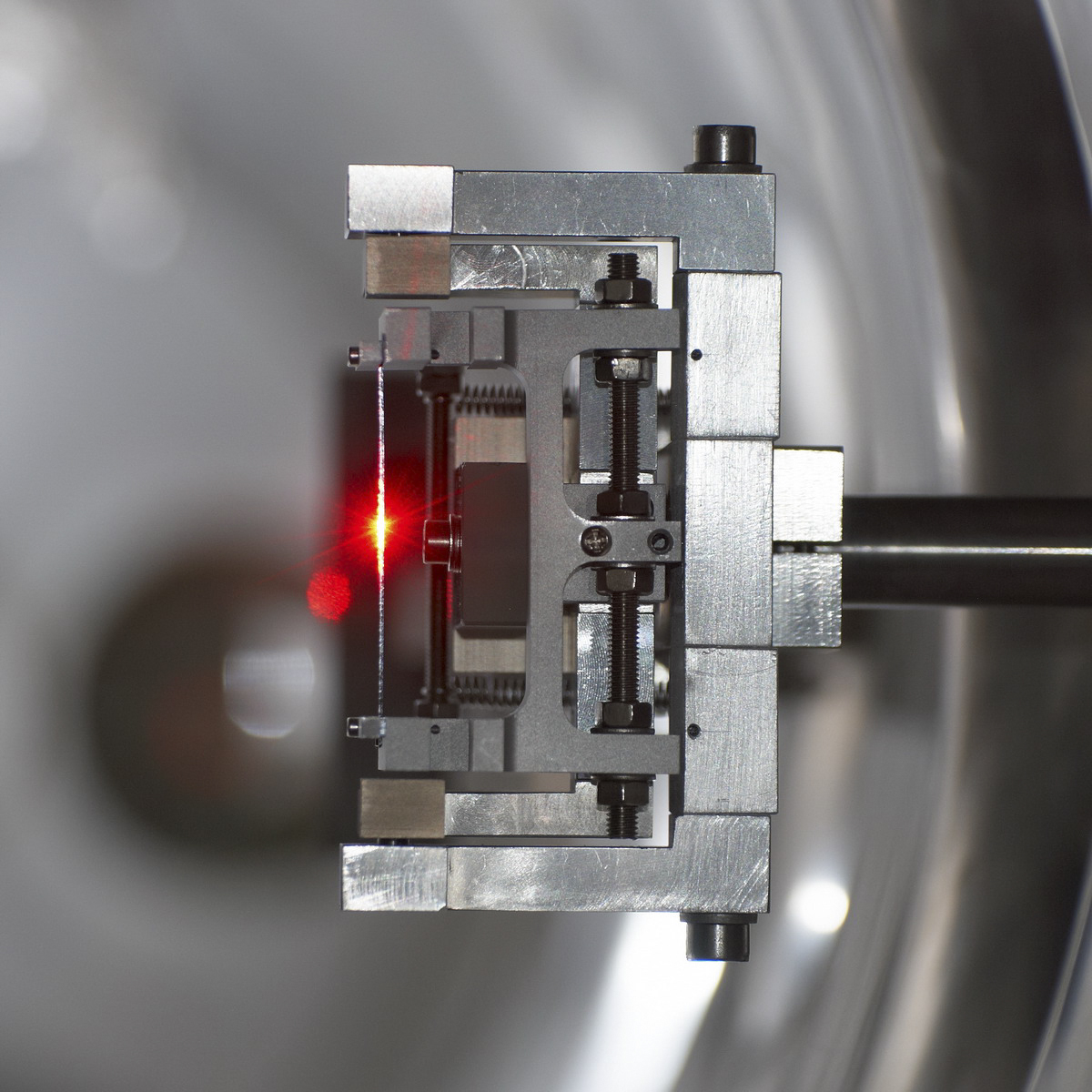 The UA9 collaboration is investigating how tiny bent crystals could improve how beams are collimated in modern hadron colliders such as the LHC.

The planes in crystalline solids can constrain the directions that charged particles take as they pass through. Physicists can use this "channelling" property of crystals to steer particle beams. In a bent crystal, for example, channelled particles follow the bend and can change their direction.

In high-energy hadron colliders, particles surrounding the beam core can be lost, damaging sensitive areas of the accelerator. Multi-stage collimation systems are usually used to absorb this beam halo. These systems are composed of massive collimators and absorbers very close to the beam. Using a tiny bent crystal as a primary collimator could deflect halo particles coherently at large angles and direct them into a secondary collimator-absorber.  In this way, the massive collimator-absorber could be placed at an increased distance from the beam, reducing the complexity of the system.

The UA9 collaboration has been testing this idea since 2009, using beams from the Super Proton Synchrotron to do experiments on the collimation efficiency of silicon crystals.

Developing a crystal collimation system for a high-energy collider such as the Large Hadron Collider (LHC) poses several challenges:

The global requirements for crystal-assisted collimation call for technological breakthroughs in a multidisciplinary range; issues are related to beam manipulation, particle detectors, computing and data analysis. UA9 intends to provide solutions for them.